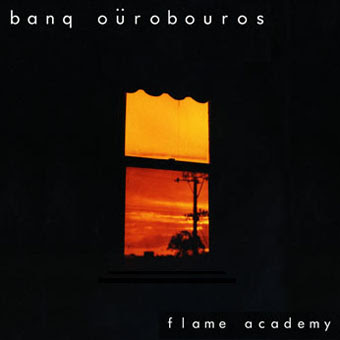 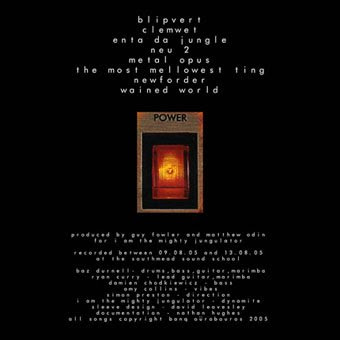 got this of the old site.
realy pleased with this one.was an lp me and guy made with a bunch of kids.
heres the blurb from the time.....

Flame Academy are a stupagroup made up from members of the Southmead Sound School and I Am The Mighty Jungulator.
Their debut lp "Banq Ourobouros" was recorded between 9 august 2005 and 13 august 2005, as part of the PAYP funded series of workshops. The young people were encouraged by the jungulator to free their mind of structure and to create an original lp through learning to jam and improvise. IATMJ's awareness of band dynamics helped to take the young adults through a series of situations which illustrated and demonstrated the problems of working in a band whilst enabling them to role play various solutions .The participants learnt how to make musical compromises whilst working as a group, learnt how to communicate their ideas to others and working practice of jamming.

Baz Durnell on bass,drums,guitar and marimba

directed by the leader of the school Simon Preston

7.the most mellowest ting