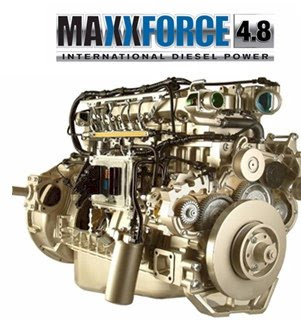 thought id better explain the music in the last post......

tis for this gig...offload at the colston hall. Ive been asked to reinterperate some Ligeti peices with the jungulator by using some information gathered from the audience.

in order to keep data collection simple and easy to partake in,im planning only to take three pieces of information from the audience...and for that they only need to do two things.
remember the information the jungulator likes best is time and distance.... so with this in mind when the audience gives in data they will be presented with a computer with a map on it, and invited to mouse click on a map to show where they have traveled from, and to input an estimated traveling time.
from this information i can get distance traveled,time taken to travel, and direction (n.s,e,w but expressed as a coordinate with the colston hall as point 0,0).
this information is then used to organise the music data, put into the jungulator.

the information will be gathered on a pc running a max patch (ill use lcd to have a clickable map-then after clicking on yer basic location a text input box comes up asking for estimated time traveled)
then using the points plotted on this map,i can then work out distance traveled to colston hall and map direction. the information will be stored in a coll file which then is easy to transport over to my machine as a text file.....so no worries... data gathering,quick,clean and easy.

i can do a lot then with these three basic questions.

the first thing im doing is gonna reorginise the info into one big line,and use this as a score....so basical have one big distance line,with the points of distance marked on it,then map this on to the length of music. so when a point appears it will be used as an event trigger

the total travel time is found then avaverged out, the peronal travel time can then be expressed as a percentage of a total time, this information will be used a the time for length of trigger....or the trigger time

the map direction of point traveled from is worked out as a 2 point coordinate, with the colston hall a point 0,0 (tho might make something else the centre...cos it might make the information east,south and north bias......no one will live s.e cos of the sea......but it should be alright.....)anyway i can then used this information for spacialisation, and for flow of movement.....tis called for purposes of explanation direction

the jungulator has been set up into 8 record pods.
using the event trigger a sound is played for the trigger time. and this sound is recorded into the jungulator.each new trigger goes to a new pod,sequentialy.
the direction is used for sound spacialisation, (though i was thinking using 8 pods arrange like a compass and using the direction for choice of sound input).
the event triggers in this example arnt read from the time line sequentiayl, but are chosen at random,and played one after another.

this is the same process as above,but all the event triggers are read sequentialy from the futherst to the closest.
one nice thing about this..cos more people will live to close to bristol,the sound will first be orginised quite far apart but on for longer,then the later information should be closer togehter and shorter.

not the nicest sounding one...
here i was using 3 pods of the jungulator recording togther.and using the trigger times but all set from the same event trigger (the colston hall point 0,0).
dirction is used to plot the quad sterio..... and north or south of colston hall is used to determine wether the sound is trigger to the left (forwards) or to the right (backwards).
the event triggers are read randomly till they're all used up

this one has the jungulator set up to five record pods and event triggers and trigger times are read sequential (the futhest from colston hall first and played one after the other) again direction is used to spatialise the sound.

the jungulator has been set up to record into (all at once) 6 pods. the event triggers and trigger times are read sequentialy but from the colston hall (point 0)outwards. when each new event is played a jungulator pod is muted til there is none left then unmuted till theyre all playing again.

the jungulator has been set up to record into 6 pods.the event triggers and times are read sequentialy from the futhest to the closest and direction is used for spacialisation.
all pods are playing at once.
Posted by matthew olden at 00:23